Europe on the Ganges

The epitome of elegance and luxury, Ganga Voyager offers travel experiences beyond a regular journey. This meticulously carved 8 day itinerary will take you through some of the most beautiful destinations from Kolkata.

The colonial heritage of Bengal has inspired many a traveller to embark on a journey that depicts the region’s history through the river Ganges. On the banks of the Lower Ganges, the French, Dutch, Danish, Portuguese and English made settlements to trade, preach and farm while local rulers, saints, agriculturalists, musicians and writers created new ways of living as they encountered European commerce, tastes and power. Experience true luxury and relax while witnessing this culture with the care and hospitality of the Ganges VoyagerⅡ and its crew.

Settle into your beautifully appointed suites aboard the Antara Ganges Voyager in Kolkata (a city formerly known as Calcutta founded by the British Raj in 1773), the gateway to our journey along the world&#39;s holiest river, the sacred Ganges. Welcomed on board with a refreshing beverage followed by a safety briefing you embark between 1600 -1900 hrs from the Kolkata jetty. This evening, delight in the Cruise Director’s Gala dinner and welcome reception.

Most students of history know a thing or two about the British colonial powers in India, but few are aware that the French had colonies here as well. After Breakfast, you visit the French outpost of Chandannagar and walk along the Promenade to explore the French colonial buildings and enjoy the local ambiance including the French governor&#39;s residence, now converted into a museum featuring items that depict the life during the period. Later you sail back on the country boat and enjoy curated lunch on board. You will also witness a highlight of the Promenade the Jora Ghat Canopy, built-in memory of Durgacharan Rakshit, a writer, businessman, and advisor to the French who received the French award of Legion d’Honneur in 1896 for his efforts towards the growth of the town, whilst you can also visit the Sacred Heart Church inaugurated in 1884 which played a key role in local social life.

Back on-board, thereafter you’ll witness ever-increasing meanders &amp; rolling fields of crops &amp; local industries as you sail to Bansberia, a quaint village said to have derived its name from the legend that a fort was built by the Landlord’s son after clearing a Bamboo (locally called Bans) grove.

Prior to an incredible dinner onboard you’ll have the opportunity to witness a traditional Hindu Deepdan ceremony celebration. Retire to your overnight suite experience aboard.

This morning, enjoying breakfast on board you sail to Bandel. Bandel, meaning port in Bengali was founded by Portuguese settlers. Thereafter you visit Bandel Hoogly Imambara, one of the famous Shiya pilgrimage centers in West Bengal. The two-story building and surrounding rooms provide housings for pilgrims as well as classrooms or Madrasa imparting teachings of the Holy Quran. This is followed by a curated lunch on board.

Onward you sail to the erstwhile Danish colony, Serampore. Enjoy a late afternoon walk in the old quarters to see the Danish Tavern, St. Olav&#39;s Church, and other Danish heritage monuments. With Serampore being a popular pit-stop for Danish and English traders in 1786 a British innkeeper called James Parr opened the Denmark Tavern &amp; Hotel, popularly called the Danish Tavern, which became a favourite among Europeans. You’ll also visit St. Olav’s Church, locally known as the Danish Church, one of the 100 buildings that were constructed by the Danish Management between 1755 and 1845.

Enjoy dinner on board as you sail towards Bally Bridge &amp; retire to your overnight suite experience on board.

On the final morning of your voyage, after Breakfast, you’ll visit the Belur Math, a significant institution in Kolkata. Founded by Swami S Vivekananda, a monk &amp; key figure in the introduction of the Indian philosophies of Vedanta and Yoga to the Western world, who is credited with raising interfaith awareness during the late 19th century. The monument is notable for its architecture that fuses Hindu, Christian, and Islamic motifs as a symbol of unity of all religions. You’ll enjoy a fabulous farewell lunch onboard &amp; disembark at the Jetty to your onward destination.

Offering more than a mere journey, we take you on an experiential voyage into luxury, art, culture, history, spirituality and much more. Every little detail on Antara Cruises has been carefully assimilated to make it a journey of a lifetime. 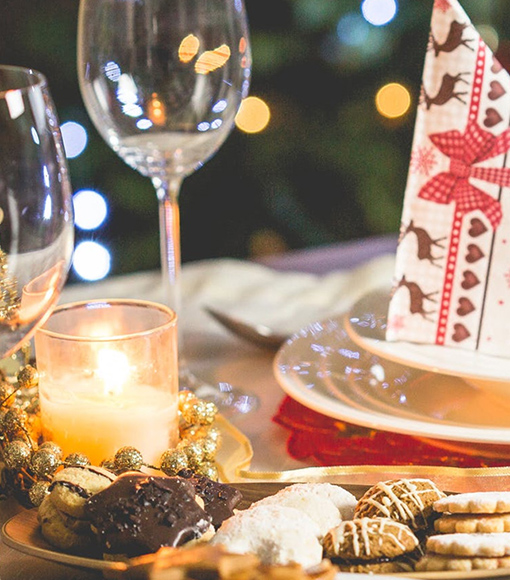 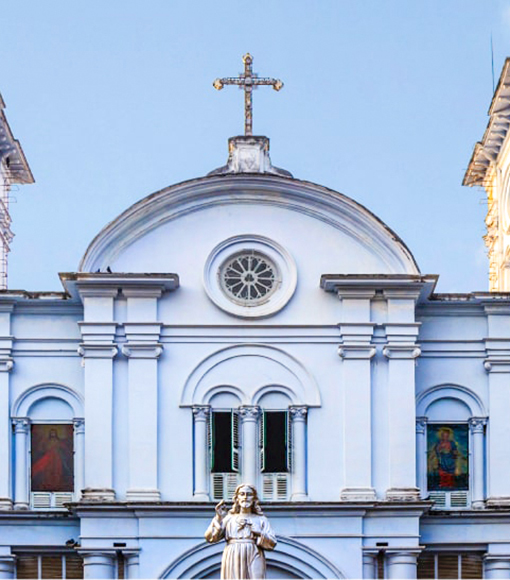 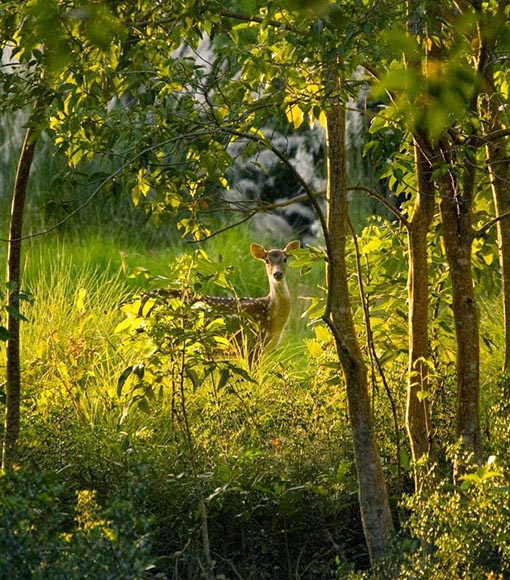 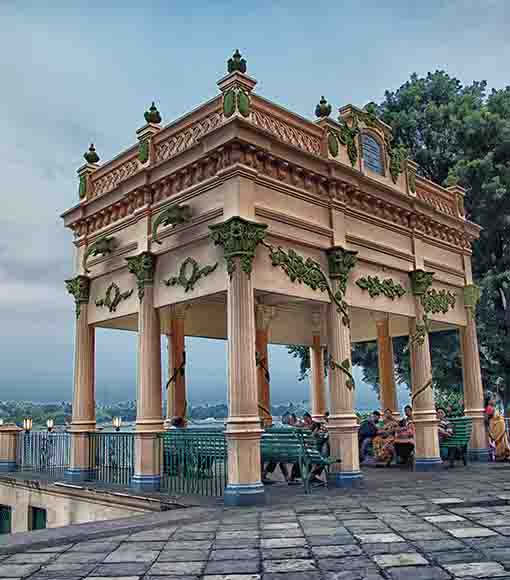 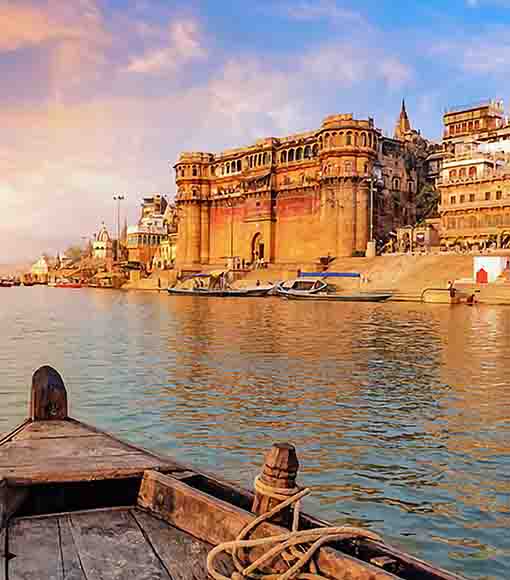 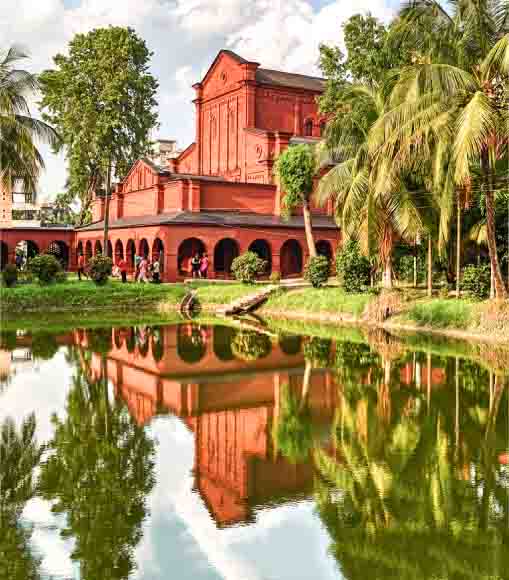 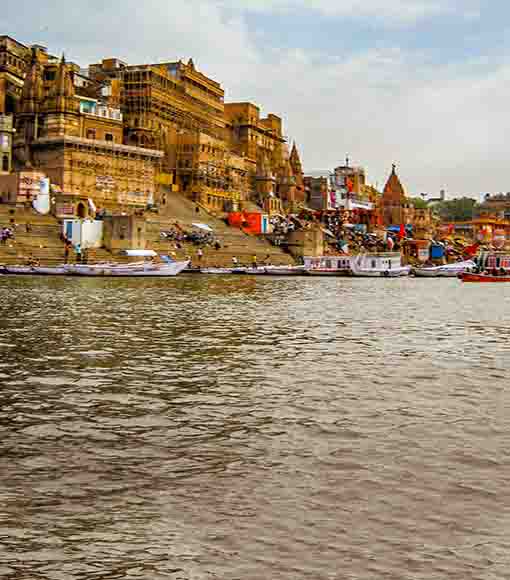 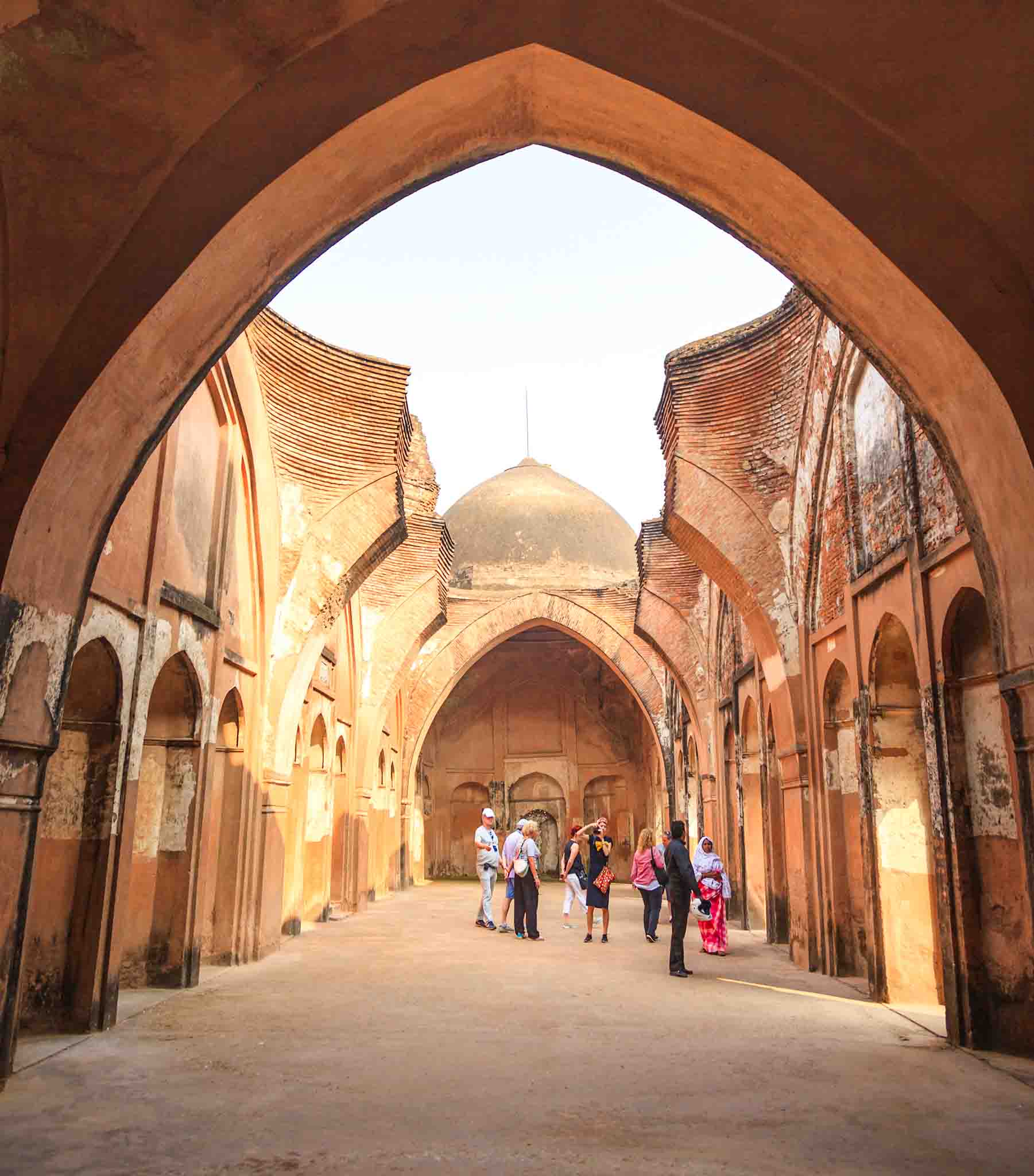 A very worthwhile cruise and it was made totally enjoyable by the expert and friendly crew staff. Wonderful week.
John & Kaye
“Everything of highest possible standard!”
John
“Never been on other ship where all crew members were so exceptional. Special thanks to Rahul in the dining room. Also greatly appreciated to our housekeeping”
Marcy & Alan
“Thank you to all the cabin crew and staff for looking after us all so well. We wish you all the very best and every success in life!“
Philip & Wanda
Previous
Next